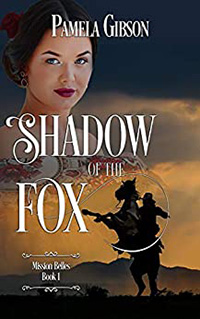 Shadow of the Fox by Pamela Gibson

In 1846 war looms in Alta California.

Sorina Braithwaite, rebellious granddaughter of a prominent California ranchero, has her own battle to fight. Desperate to escape an arranged marriage to a man she despises, she threatens to expose an American spy unless he helps her flee.

Lt. Lance Grainger, intrigued by her audacity as much as her beauty, knows if Sorina disappears, her arrogant fiancé will follow, thus distracting him from the insurgency he’s plotting. But there’s a risk. As the son of a man branded a coward, Lance has spent his entire career rebuilding his family’s honor. If he’s thought to be a deserter, his honor will be in shreds.

As the declaration of war nears, Lance and Sorina set out on a journey of danger and intrigue, but both soon discover their hearts may be in the greatest peril of all.

Purchase Shadow of the Fox: 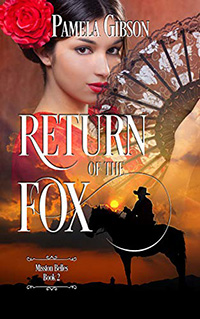 Return of the Fox by Pamela Gibson

Gabriel de la Vega, disgraced son of a Mexican ranchero, returns to his Alta California home when Americans take power to help his countrymen with the bewildering transition and make amends to the woman he once wronged.

Fiercely independent, Isabella Fuentes swore she’d never forgive Gabriel for abandoning her on the night they were to elope. Now he’s back, playing a dangerous game, pretending to be meek and repentant when she knows the handsome, former outlaw is anything but contrite.